Why Is Childhood Brain Development So Important?

Children’s brains develop extremely fast, especially from birth to the age of 3. More broadly, the first eight years of a child’s life can build a foundation for future health and success.

Research has demonstrated that quality early childhood is critical to proper brain development, and practically every experience during this time has a profound effect on brain growth. These experiences include interactions with parents, family, and caregivers, as well as environmental factors and personal experiences. Discover how the brain develops, what research says about critical periods of development, and what parents can do to foster healthy brain development for their children.


Starting in utero and continuing at birth, a child’s brain is affected by both genetics and experience. Babies are born with about 100 billion neurons, the total amount an adult has. However, these neurons are connected by 50 trillion synapses, whereas adults have about 500 trillion such connections. These synapses are critical to cognitive function because they serve as the brain’s communication pathways, passing along electrical or chemical signals from neuron to neuron.

By age three, a child has about 1,000 trillion synapses, as natural growth, development, and mental stimulation create new connections between neurons and strengthen them. However, synaptic pruning begins around this time. During this process, unused synapses are eliminated, as a way to maintain more efficient functioning as the body reaches adulthood.

Some of this synaptic pruning is genetically determined, but as children age, much of the process is driven by the external experience. Cognitive stimulation strengthens synapses, while synapses that are unused eventually weaken and are eliminated during the pruning process.

For an example of how this works, consider that the sound of human speech stimulates activity in the regions of the brain involved in language processing. The more input (speech) is received, the more the synapses in these regions will be activated and therefore strengthened. In other words, a child’s experiences determine not only what he or she learns, but also how the brain processes information.

During adolescence, synaptic pruning naturally begins to slow down, and it peters out in early adulthood. 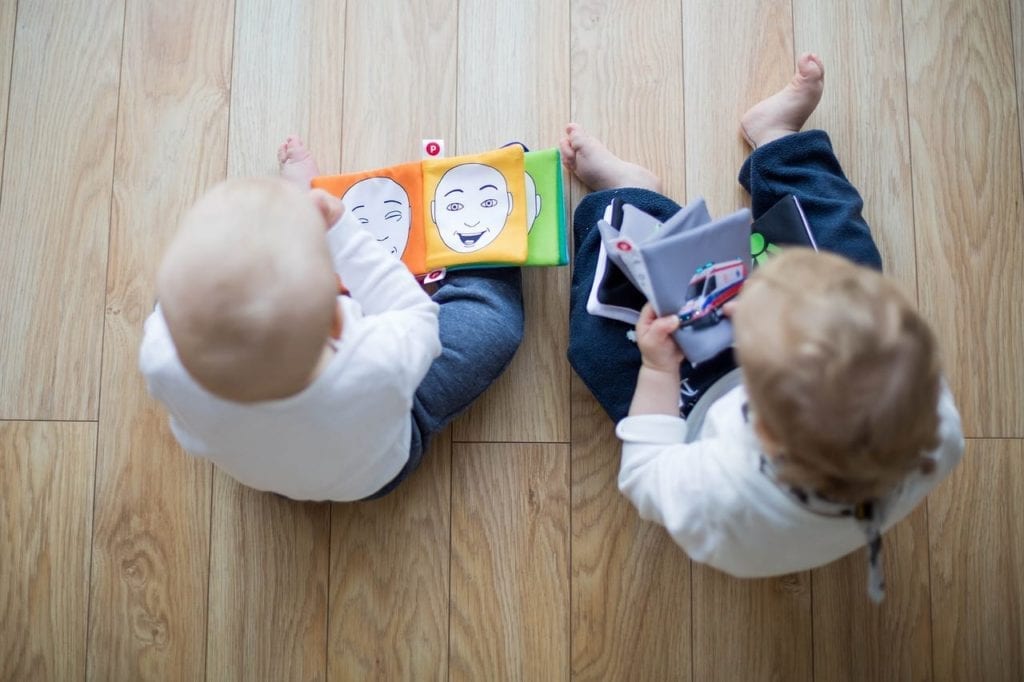 Synaptic connections during early childhood are flexible, allowing the brain to be influenced by what is happening externally. Once the critical period has passed, the synaptic connections are decidedly less flexible and less vulnerable to the influence of outside experience.

One long-running study led by researchers from the University of Pennsylvania found that cognitive stimulation from parents at the age of four was the key factor in predicting the development of much of the cortex—the “grey matter” in the brain—some 15 years later. This was particularly the case in the lateral left temporal cortex, a key region of the brain involved in semantic memory, processing the meaning of words, and general knowledge about the world.

Though neuroplasticity continues to occur throughout childhood, the first few years of life remain the most formative. Psychologists assert that this critical period is essential for learning new skills. This hypothesis was first introduced by neurologist Eric Lenneberg, who theorized that language is constrained to critical periods. While language and other skills can still be acquired outside of the critical period, Lenneberg noted that it is less likely, and that the outcome is less predictable. He further stated that while we continue to learn throughout life, learning in later years does not begin to match the pace during the early critical period, due to decreased neuroplasticity in the adult brain.

What Can Parents and Caregivers Do to Facilitate Healthy Brain Development?

Parents and early childhood educators have the opportunity to support their child’s healthy brain development from birth. The first thing to understand is that all childhood experiences, both good and bad, have a profound effect on the brain development. Children learn and grow best when they live in environments where they are safe, free from neglect, and under the care of parents and other adults who have their best interests in mind.

Parents and preschools like Little Sunshine’s Playhouse and Preschool, can facilitate healthy brain growth by interacting positively with children. This includes speaking to them from a very early age, reading to them, including them in family events, and playing with them regularly. Children also need to be shown empathy and to feel secure, and they need comfort when they are stressed or upset. Responsive, loving care helps children deal better with stress, both during youth and into adulthood.

The development of the human brain, particularly during childhood, is a major area of research in neuroscience, and we are continually learning more about the brain’s functioning every year. Parents and caregivers should look at brain development from a whole-child perspective and work to develop a nurturing, supportive environment where children receive plenty of cognitive stimulation. This kind of environment can set children up for success throughout life.

Next Post The Top 10 Children’s Books on Heart Health

December National Teacher of the Month